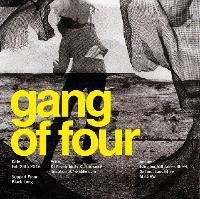 This event has already happened!
This event occurred in February 2016. If you're looking for a upcoming event, try the links below:
View more events.
Tweet

Lineup and Details for Gang Of Four (rescheduled)

GANG OF FOUR
Gang of Four are an English post-punk group, formed in 1977 in Leeds. The band plays a stripped-down mix of punk rock, funk and dub, with an emphasis on the social and political ills of society. Gang of Four are widely considered one of the leading bands of the late 1970s/early 1980s post-punk movement. Their later albums (Songs of the Free and Hard) found them softening some of their more jarring qualities, and drifting towards dance-punk and disco. Their debut album, Entertainment!, ranked at Number 483 in Rolling Stone's 500 Greatest Albums of All Time, and is listed by Pitchfork Media as the 8th best album of the 1970s.David Fricke of Rolling Stonedescribed Gang of Four as 'probably the best politically motivated band in rock & roll.